Cerberus was a three-headed hound (although the poet Hesiod says he had 50) with snaky extremities and a snake for a tail. Cerberus was said to be the offspring of two monsters, Typhon (fire breathing serpent) and Echidna (commonly portrayed as an odd and unsettling juxtaposition of beautiful woman and deadly serpent also mother of the Sphinx and other motley assortment of monsters).
Cerberus was the watchdog of the Greek underworld and faithful servant to Hades. He was charged with the job of devouring anyone trying to return to the land of the living and refused entrance to living humans.
Like the Gorgons, Cerberus was so dreadful to behold that anyone that looked upon him was turned to stone. He was the brother to the Hydra and the Chimera.

Cerberus is featured in several mythological stories in his role as the watchdog of Hades. One of the well known stories involves the Thracian singer, Orpheus, who was much revered in ancient Greece. He was happily married to the nymph, Eurydice. One day she died of a snake bite. Orpheus was so grief stricken by this sudden loss that he no longer sang or played. He decided to risk his own life in a desperate journey to the land of the dead in the forlorn hope of bringing Eurydice home.

By using his miraculous music, Orpheus was able to charm the boatman Charon, who ferried him across the Styx. Even though Cerberus was diligent in his job of security, he abandoned his watchdog task and lay down meekly to the strains of Orpheus's lyre after which Orpheus was able to gain passage. Which emphasizes Orpheus's magical gifts of enchantment (indeed, Cerberus was notorious for not allowing mortals who were still alive 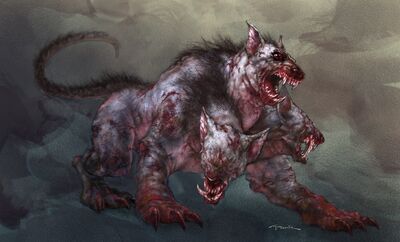 to enter the Underworld, with the exception of a handful of mythological characters).
Hades and his wife Persephone, granted Orpheus his only desire on one condition: under no circumstances was Orpheus to look back at Eurydice until both of them were completely returned to the land of the living. But so overcome was the singer by the love for his departed wife that just before they reached the surface, he could not resist a quick glance in the half-light. The result was that Eurydice turned into a ghost again and sank back to Hades' kingdom forever. Orpheus' own fate was to be dismembered by Thracian maenads, the female worshipers of Dionysus. 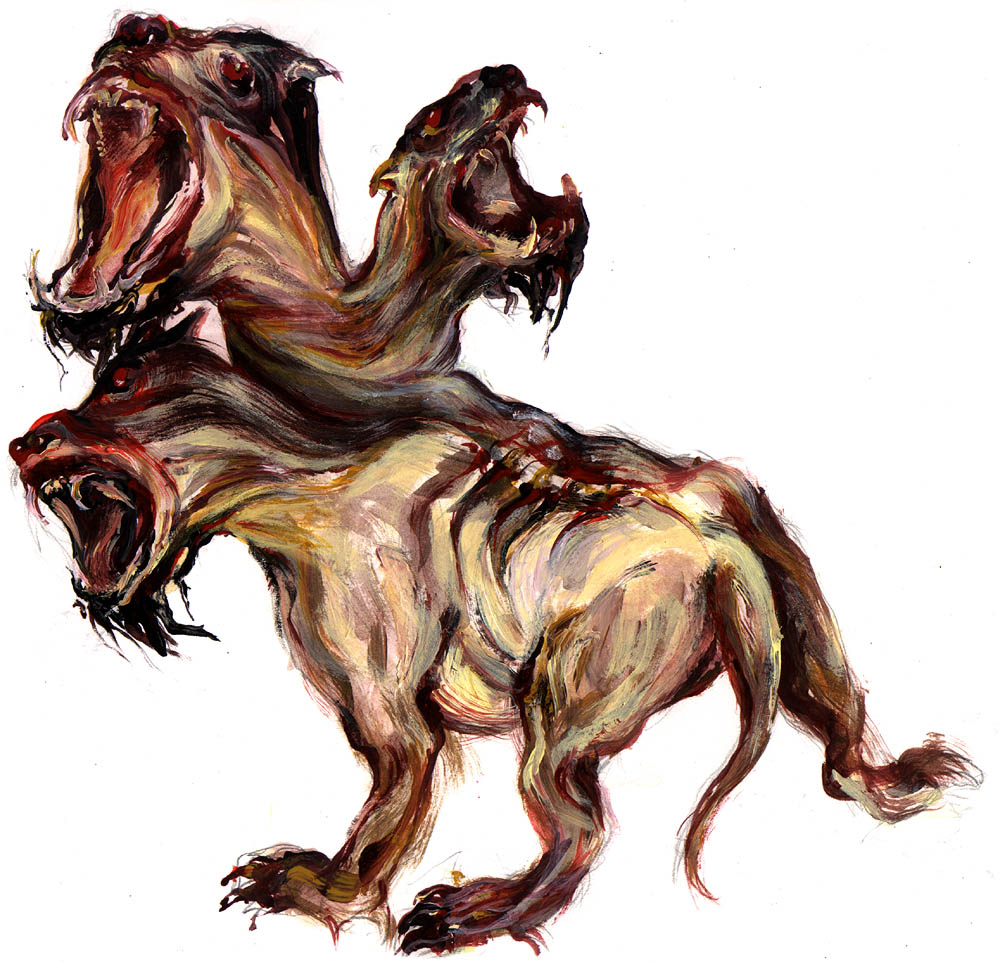 Perhaps the best known mythological stories involves Hercules. One of Hercules' 12 labors was to fetch Cerberus from the underworld. A challenge the god of the dead, Hades, allowed him to undertake, but only on the condition that he was unarmed.
The first barrier to the soul's journey beyond the grave was the most famous river of the Underworld, the Styx. Here the newly dead congregated as insubstantial shades, mere wraiths of their former selves, awaiting passage in the ferryboat of Charon the Boatman. Charon wouldn't take anyone across unless they met two conditions. Firstly, they had to pay a bribe in the form of a coin under the corpse's tongue. And secondly, they had to be dead. Heracles met neither condition, a circumstance which aggravated Charon's natural grouchiness. But Heracles simply glowered so fiercely that Charon meekly conveyed him across the Styx. The greater challenge was Cerberus, who had razor teeth, three (or maybe fifty) heads, a venomous snake for a tail and another swarm of snakes growing out of his back. These lashed at Heracles while Cerberus lunged for a purchase on his throat. Fortunately, the hero was wearing his trusty lion's skin, which was impenetrable by anything short of a thunderbolt from Zeus. Heracles eventually choked Cerberus into submission and dragged him to Tiryns, where he received due credit for this final Labor. After succeeding, Hercules returned the creature to Hades.