When it comes to being a human lightning rod Roy C. Sullivan is the iron clad holder of the title.

Roy C. Sullivan was a U.S. forest ranger in Shenandoah National Park in Virginia and it seemed that having an electric personality prerequisite for his job.

Lightning strike #1 came in 1942 happened as he was working up in a lookout tower and the lighting bolt shot through his leg and knocked his big toenail off.

Lightning strike #2 came in 1969 while he was driving along a mountain road a second strike burned off his eyebrows and knocked him unconscious.

Lightning strike #3 came in 1970 while he was walking across his yard to get the mail, left his shoulder seared.

Lightning strike #4 came in 1972 when lightning set his hair on fire and Roy had to throw a bucket of water over his head to cool off.

Lightning strike #5 came on August 7, 1973 while he was in his car, just one Year after his hair had grown back, a lightning bolt ripped through his hat and hit him on the head, setting his hair on fire again. It threw him out of his truck, knocked his left shoe off and seared his legs.

Lightning strike #6 came on June 5, 1976 while he was checking on a campsite, injuring his ankle.

Lightning strike #7 came on June 25, 1977 while he was fishing. It sent him to hospital with chest and stomach burns.

Roy Sullivan was never killed by lighting - he committed suicide while in his 70's in 1983 reportedly distraught over the loss of a woman.

source
Posted by crkota at 11:46 AM No comments:

At precisely 13:13, a boy aged 13 was seen by the St John team at Lowestoft Air Festival in Suffolk after he was struck by lightning, a spokesman said.

The boy suffered a minor burn and was taken to James Paget Hospital, where he is expected to make a full recovery.

Jason Gillingham, ambulance officer and on scene at the show, said: ''This was a very minor burn to the boy's shoulder, but he was conveyed to hospital and is recovering well."

A second teenager and a woman were also struck by lightning but did not need hospital treatment.

The three were watching a display of the Red Arrows during a downpour when the lightning struck.

source
Posted by crkota at 11:44 AM No comments: 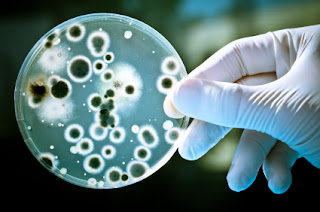 (Reuters) – A lake in Argentina's remote, inhospitable northwest may offer clues on how life got started on Earth and how it could survive on other planets, scientists say.
Researchers have found millions of "super" bacteria thriving inside the oxygen-starved Lake Diamante, in the center of a giant volcanic crater located over 15,400 feet above sea level.
The bacteria's habitat is similar to primitive earth, before living and breathing organisms began wrapping a protective atmosphere of oxygen around the planet.
The conditions -- which include high arsenic and alkaline levels -- could also shed light on life beyond Earth.
"This is of great scientific interest as a window to look to our past and also for a science called astrobiology, the study of life on other planets," said Maria Eugenia Farias, part of the team that discovered the life-forms in Lake Diamante earlier this year.
If bacteria can survive here, the theory goes, it could also survive somewhere like Mars.
So-called "extremophiles" have been found in other parts of the world -- and they can have 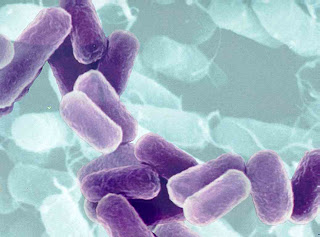 significant commercial value. Bacteria that break down lipids are used in detergents for example.
But Farias said these bacteria, called "polyextremophiles" are exceptional because they flourish in the harshest of circumstances.
"What we have here is a series of extreme conditions all in one place. And this is what makes this place unique in the world," said Farias, a microbiologist at the National Scientific and Technical Research Council in Tucuman province.
The lake sports levels of arsenic 20,000 times higher than the level regarded as safe for drinking water and its temperature is often below freezing. But because the water is so salty -- five times saltier than sea water -- ice never forms.
The bacteria's DNA mutates to survive the ultra-violet radiation and low oxygen levels found at such high altitudes, which could make it of interest to the pharmaceuticals industry, Farias said. It could also have future commercial applications in products such as sunscreens, she added.
Farias and her team are looking for Argentine funding to produce a metagenome of the bacteria, an advanced study which provides a DNA sequence of the entire microbe colony.
This would enable her crew to study the bacteria in Argentina and help ensure that the South American country keeps hold of potentially lucrative patents for new antioxidants or enzymes that could be derived from the bacteria.
source
Posted by crkota at 11:50 AM No comments: