A mysterious hole swallowed a concrete pillar in Imotski, Croatia. As stated by the locals, they may hear strange noises for which they believe are ghosts. 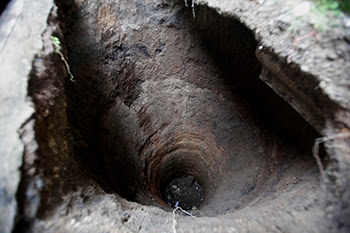 The newly mysterious hole, 2.5 meters wide and 1.5 meters deep, engulfed the concrete pillar, in Poljica near Imotski. As stated by the locals, from the holes are Strange sounds in believing that they are ghosts.

Strange holes in Croatia have so far opened in Drnis, Istria and Zadar, and so far engulfed one man. A new hole in the ground first noticed a local woman who tended sheep nearby. The villagers do not remember that the land collapsed so suddenly on the meadow, where people planted vines for years. 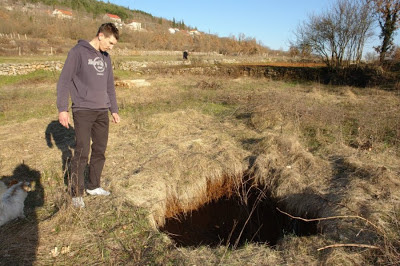 Repeated opening of holes in the ground in Croatia and in the world, as experts explain is natural phenomena, but also the impact of man on the environment.
Posted by crkota at 3:45 PM

Looking for the best & luxury beach resorts in ECR Chennai to relax during the weekend? Visit Landmarpallavaa near Mahabalipuram and enjoy a fun weekend.