Two artificial big toes - one found strapped to the mummified remains of an Egyptian woman - may be the world's earliest functional prosthetic body parts, according to a study: the linen and plaster "Greville Chester toe," which dates back past 600 BC; and the wood and leather "Cairo toe," which was built between 950-710 BC.

A superbly preserved artificial big toe from the Cairo museum in Egypt was found in 2000 in a tomb near Luxor in the ancient necropolis of Thebes. Archaeologists speculated the 50- to 60-year-old woman the prosthesis came from might have lost her toe due to complications from diabetes. 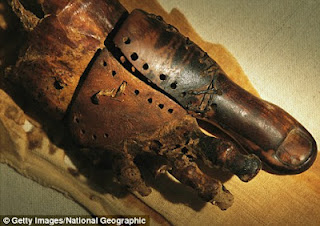 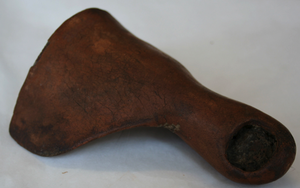 That would easily make it the most ancient replacement limb known, several centuries older that the Roman-era bronze-and-wood leg unearthed from a burial site near Capua, Italy.

Both replicas, which even look like toes, were tested on two volunteers who had lost their right big toes. Lead researcher Dr Jacky Finch, from the University of Manchester, carried out the tests in the Gait Laboratory at Salford University's Centre for Rehabilitation and Human Performance Research. Sure enough, the false toes offered greater mobility and comfort. Said Manchester study leader Dr. Jacky Finch in a recent article in The Lancet: 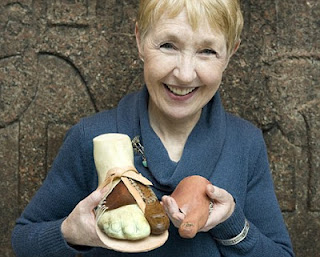 To be classed as true prosthetic devices any replacement must satisfy several criteria. The material must withstand bodily forces so that it does not snap or crack with use. Proportion is important and the appearance must be sufficiently lifelike as to be acceptable to both the wearer and those around them. The stump must also be kept clean, so it must be easy to take on and off. But most importantly, it must assist walking. The big toe is thought to carry some 40% of the bodyweight and is responsible for forward propulsion although those without it can adapt well [...]
My findings strongly suggest that both of these designs were capable of functioning as replacements for the lost toe and so could indeed be classed as prosthetic devices.
If that is the case then it would appear that the first glimmers of this branch of medicine should be firmly laid at the feet of the ancient Egyptians.

A three-part wood and leather artefact housed in the Egyptian Museum in Cairo, and the Greville Chester artificial toe on display in the British Museum, helped their toe-less owners walk like Egyptians.