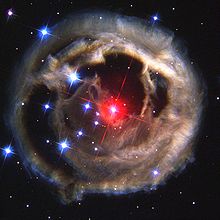 Russian scientists have discovered in a documentary called "Military Secret - Nibiru" that the great danger threatens to humanity in February 2013th. Earth and the planet cald Nibiru then will be in closest distance. A fact circulating the Internet that NASA expects to get a crash 21st July this year, but the U.S. Agency flatly denied. NASA themselves officially recognized the possibility of Planet X, with an announce-ment that 'some kind of mystery object is really there - far beyond the outermost planets'.
The Nibiru collision with Earth in 2012 has been predicted for a long time, but astrophysicists, cosmologists and astronomers around the world have now come to a consensus that Earth will indeed collide with the planet.

In 1976, the late Zecharia Sitchin stirred up a great deal of controversy with the publication of his book, The Twelfth Planet. His work has garnered much attention among ufologists, ancient astronaut theorists and conspiracy theorists. He claims to have uncovered, through his retranslations of Sumerian texts, evidence that the human race was visited by a group of extraterrestrials from a distant planet in our own Solar System. 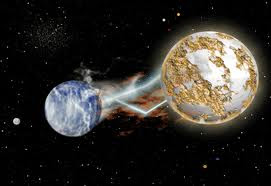 To the Babylonians, Nibiru was the celestial body or region sometimes associated with the god Marduk. The word is Akkadian and the meaning is uncertain. Because of this, the planet Nibiru is sometimes also referred to as Marduk. Nibiru, in Babylonian Astronomy translates to "Planet of Crossing" or "Point of Transition", especially of rivers, i.e. river crossings or ferry-boats, a term of the highest point of the ecliptic, i.e. the point of summer solstice, and its associated constellation. The establishment of the Nibiru point is described in tablet 5 of the Enuma Elish. Its cuneiform sign was often a cross, or various winged disc. Sitchin hypothesizes it as a planet in a highly elliptic orbit around the Sun, with a perihelion passage some 3,600 years ago and assumed orbital period of about 3,750 years; he also claims it was the home of a technologically advanced human-like alien race, the Anunnaki, who allegedly visited Earth in search of gold. These beings eventually created humanity by genetically crossing themselves with extant primates, and thus became the first gods. The ancient cuneiform texts -- some of the earliest known writing, dating back some 6,000 years -- told the story of a race of beings called the Anunnaki. The Anunnaki came to Earth from a planet in our solar system called Nibiru, according to the Sumerians via Sitchin. If you've never heard of it, that's because mainstream science does not recognize Nibiru as one of the planets that revolves around our Sun. Yet it is there, claims Sitchin, and its presence holds great importance not only for humankind's past, but our future as well. 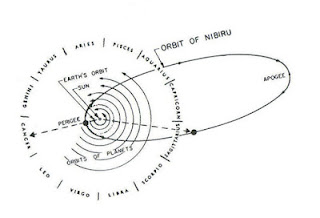 Some authors believe that the observations of ancient astronomers provide proof that Nibiru is an actual planet or brown dwarf in our solar system. These claims are for the most part dismissed as fringe science or pseudoscience by the mainstream scientific communities of archaeology and astronomy.

One conspiracy theory says that Nibiru is not only planets, but spacecraft on which the resident advanced races. These creatures have emerged from lower forms of life, thanks to the unusual nature of the planet-ship - the favored their prolonged absence of sunlight, proponents of this theory. On its surface, apparently, there are various plants, military bases and weapons.

A various kinds of beliefs, superstitions and conspiracy theories about Nibiru and prompted a letter from a Norwegian politician, written after the murder of his friend, the Pakistani politician Benazir Bhutto. He argues that because of the arrival of Nibiru around the world are building secret underground bases and bunkers which would be evacuated just specially selected. Although his government says the bases for the salvation of Norwegians, this politician says that they will be accommodated only by the political elite and members of those professions that could be helpful.

NASA is publicly denying anything about collision (and even deny the existence of Nibiru), but privately several sources in NASA have confirmed the projected collision date of July 21, 2012.
The world has seen many such claims of doom come and go. But many believe that with The Nibiru collision fits in well with the Mayan prophecy – the apocalypse in 2012.