During the night of the 1st of February 1959 a team of nine experienced cross country skiers abandoned their tent in the Russian Ural Mountains and fled to a nearby forrest. They were in such a hurry that they were only partially clothed and cut though the sides of their tent to save time. The temperature outside was minus 15 degrees. Within hours they were all dead. Rescuers recovered their bodies at two seperate times and discovered that whle some had frozen to death others had sustained injuries. Reports have made claims of high levels of radiation, strange lights in the sky, missing body parts, strange orange skin tones and even the possiblity of UFO involvement. Now Aquiziam seeks to understand the truth about what really happened.

In brief, the rescuers and later investigators discovered that during the night, and for an unknown reason, the ski-team had apparently ripped or cut open their tent from the inside and fled from it into the snow in temperatures of approximately -15 to -18 degrees Celsius where there was a cross wind of approximately 10 – 15 kilometres per hour (20 – 30 knots). While not as cold as the -30 degrees often reported these were still very harsh conditions and survival would be limited to between three to eight hours depending on whether those involved could keep moving. At least five of the team had fewer cloths on than would have been expected and some may even have been barefooted. Within six to eight hours every member of the ski-team was dead.

The corpses were discovered at various distances from the camp site and showed little immediate outward sign of injury but on investigation it was discovered that two victims had a fractured skull (one severe), two had broken ribs, and one was missing her tongue. In addition, two of the victims' clothes were discovered to contain trace levels of radiation. Russian investigators finally closed the case stating only that "a compelling unknown force" had caused the deaths. Again, this is a mistranslation that has added to the misunderstanding. In actual fact the correct term is “Force Majeure” and is an expression that is simply used to describe something significant that cannot be easily explained. It is also often reported that after the event the area, now loosely known as Dyatlov Pass, was immediately sealed off by the authorities and access forbidden for at least three years. Again, this implies much more than actually happened. The area was restricted but only to amateur ski-sports enthusiasts and only for reasons of safety.

This is a little known mystery and truly deserves much more attention as it is well documented and was formally investigated. Once much of the “exaggeration” and “journalistic hype” has been explained it is possible to understand that there is only really one incredible mystery and it is this. Why did nine people flee from their tent in conditions that were almost certain to result in their deaths?

Later in this review we will examine the allegedly bizarre evidence and accusations and provide some answers. With the assistance of some of the actual original investigators the Aquiziam team has done its best to piece together the story from the information available – some of it in Russian. This is what seems to have happened…
According to Dr Vladimir B. group ski activities of this type were fairly common although each had their own somewhat different purpose. In his experience of Russia at the time the usual reasons were Sporting, Sightseeing (Aesthetic Appreciation) Social and Exploratory. The various teams would be made of people with varying degrees of appreciation for these interests. In the case of the Dyatlov Team their focus was on the Sporting Challenge of trip and in particular they aspired to undertake an excursion of the highest level of difficulty (complexity).

It is often stated that the purpose of this particular trip was to reach the mountain “Gora Otorten” but, in fact, the proposed route was much further. After Otorten the team planned to travel 100 kilometres southwards along the main ridge of the Ural Mountains up to Ojkachahl Peak. From this point they intended to follow the (Northern) Toshemka river thus passing 100 miles to east of the town of Vishay (Vizhaj). Today, with the availability of advanced equipment such a route would only be considered “average” in difficulty but in 1959 is was one of the hardest that could be undertaken. As more becomes clear it seems that Igor Dyatlov had intended this trip as "training" for a future expidition possibly to the the sub polar or even polar / Artic regions. According to B. E. Slobtsova formal training did not exist at this time for such ventures and depended on experience gained during trips such as the Dyatlov team were undertaking.
The Dyatlov ski team was made up of eight men and two women who, except for Alexander Zolotarev, were mostly students or graduates from the Ural Polytechnic Institute located in Ekaterinburg, Sverdlovsk Oblast, Russia, and now renamed the Yeltsin Ural State Technical University. Georgyi Krivonischenko, Rustem Slobodin, and Nicolas Thibeaux-Brignollel were engineers. Igor Dyatlov and Zinaida Kolmogorova were students of the Radio Faculty, Lyudmila Dubinina and Yuri Yudin were studying Economics, Yuri Doroshenko was studying Power Economics and Alexander Kolevatov was a student of the Geo-Technical Faculty.

Alexander Zolotarev was a ski / tour instructor (a professional travel guide) and wanted to go together with Dyatlov’s team to add performance points to his degree and so achieve promotion to the rank of “Master” or Expert instructor. This was and still is the practice in Russia.


Zolotarev did not know the other team members but was recommended by friends of the team from the sports club. He was accepted into the team and according to the diaries he co-operated and worked well with all of them. It is worth noting that Sports Associations were common at this time as was the willingness for people, who shared an interest such as skiing, to cooperate with each other where possible.The original mystery was reported in Russian. By looking at these and comparing them to English versions we have identified quite a number of components that seem to have been lost in translation. These “facts” may-or-may not be true but are as follows: 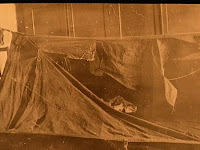 1.Yuri Yarovoi (a Sverdlovsk writer and journalist who was the photographer for the original rescue mission and later involved in the inquest) wrote a fictional book entitled “of the highest Rank of complexity” (strange title). Although he clearly had knowledge and insights not available to the average person his book was a romanticised version of the event with a significantly happier ending. He was allegedly made to rewrite it twice before the authorities permitted its publication. In this version only the team leader dies. Now this is the interesting part: Yuri and his wife were killed in a car crash in the mid 1980’s a few short years before the partial declassification of the Dyatlov papers. According to this source all his papers, records and private notes of the Dyatlov Pass Incident have gone missing.

2. Some details of the tragedy became publicly available in 1990 due to publications and discussions in Sverdlovsk's regional press. One of the first authors was Sverdlovsk journalist Anatoly Guschin (Анатолий Гущин). Guschin reported that police officials gave him special permission to study the original files of the inquest and use these materials in his publications. He noticed, however, that a number of pages were excluded from the files, as was a mysterious "envelope" mentioned in the case materials list. At the same time, unofficial photocopies of the case parts started to circulate among other enthusiastic researchers. (Wikipedia 2008)

3. A chance meeting between on a train with a medical assistant at the accident site – Maria Ivanovna – revealed that she recalled 11 bodies being discovered and not nine. Two were hurriedly removed to a destination unknown to her.

4. Apparently the Dyatlov Foundation has been established in Ekaterinburg, with the help of Ural State Technical University and is led by Yuri Kuntsevitch (Юрий Кунцевич), a close friend of Igor Dyatlov and a member of the search team. We would very much like to make contact with them and would appreciate any address available.

5. Evidence of metal fragments and rocket parts indicate that the area had once been used for weapon trials. However, this have may predate or post-date the Dyatlov pass Incident.