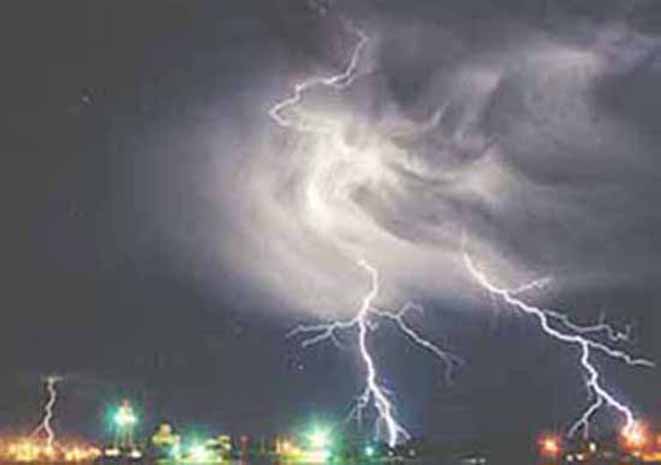 Two hundred years ago this week, the warship HMS Warren Hastings was struck by a weird phenomenon: "Three distinct balls of fire" fell from the heavens, striking the ship and killing two crewmen, leaving behind "a nauseous, sulfurous smell," according to the Times of London.

Ball lightning has been the subject of much scientific scrutiny over the years. And, as with many powerful natural phenomena, the question arises: "Can we turn it into a weapon?" Peculiar as it may seem, that's exactly what some researchers are working on -- even though it hasn't even been properly replicated in the laboratory yet. 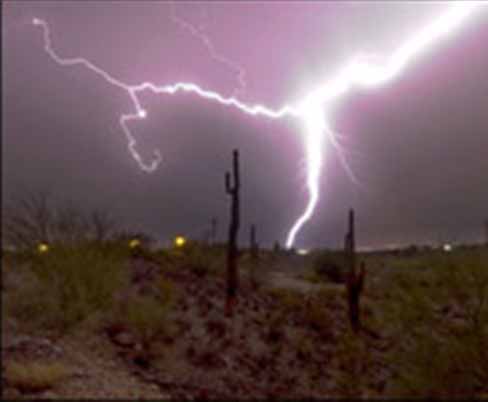 The exact cause and nature of ball lighting has yet to be determined; there may be several different types, confusing matters further. But generally it manifests as a grapefruit-sized sphere of light moving slowly through the air which may end by fizzling out or exploding.

In the mid-'60s, the U.S. military started exploring ways that the phenomenon might be weaponized. Take this 1965 Defense Technical Information Center report on Survey of Kugelblitz Theories For Electromagnetic Incendiaries, (Kugelblitz is German for ball lighting). The document summarizes and evaluates the ball lightning theories then prevalent, and recommends "a theoretical and experimental Kugelblitz program... as a means of developing the theory into a weapons application." This led to an Air Force program 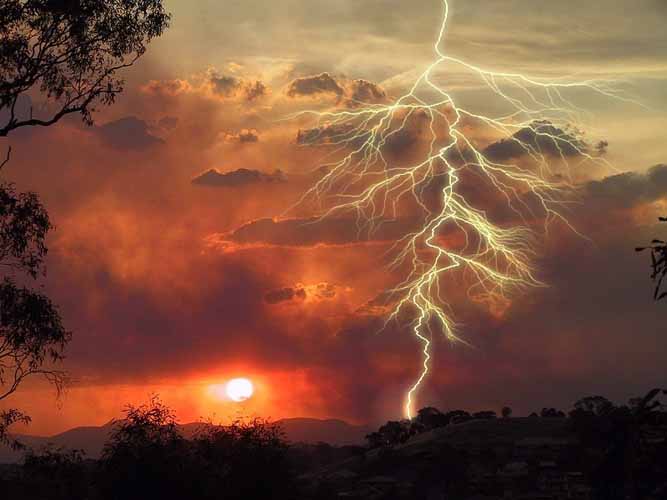 called Harness Cavalier, which seems to have ended without producing anything conclusive.

However, some years later scientist Dr. Paul Koloc was looking at methods of containing high-temperature plasma during nuclear fusion. There are many schemes for containing plasma in donut-shaped magnetic fields using a device called a Tokomak. Koloc's insight was that, under the right conditions, a donut-shaped mass of moving plasma would generate the required fields for containment itself. No Tokomak would be required for this "plasmoid," which would be completely stable and self-sustaining. It is a very close equivalent of the smoke ring -- another type of dynamic "vortex ring," which remains stable over a period of time, unlike an unstructured cloud of smoke. 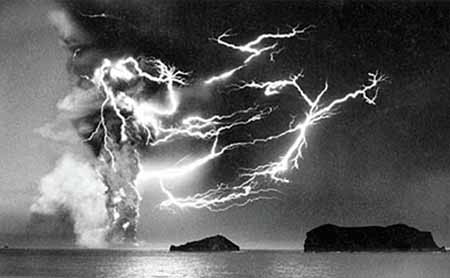 Koloc also theorized that if a donut-shaped plasmoid was created accidentally -- say, during a lightning strike -- it would remain stable for a period of seconds of minutes. This he believes is the explanation for ball lightning. He has a lot of competition from other, wildly different theories of ball lightning, though, from nanobatteries to vaporized silicon to black holes. There is no scientific consensus.

In the '80s, Koloc's team succeeded in creating small, short-lived plasmoids from "chicken egg to softball" size in the laboratory. It was a good start, but not enough to convince the world that he's right about ball lightning. Ultimately the work might lead to a means of containing nuclear fusion... but there were some engineering challenges to 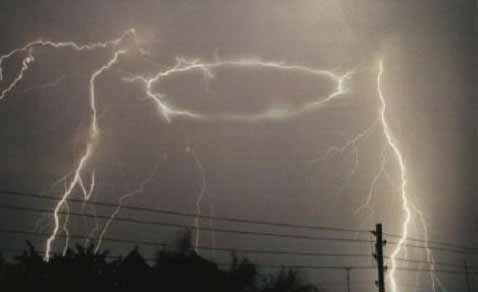 tackle. Moreover, the scientific mainstream has not bought into the concept. While giant programs to achieve controlled fusion like ITER are sucking up billions, Koloc has found it much harder to attract funding. This is not like cold fusion or bubble fusion which has been challenged on scientific grounds, but it's been very much sidelined in favor of other "confinement concepts" for fusion power.

However, in 2002, Koloc's company, Prometheus II, briefly obtained funding from the Missile Defence Agency. The aim was to create stable 'magnetoplasmoids' a foot in diameter which would last between one and five seconds. In the subsequent phase, the magnetoplasmoid would be compressed and accelerate to two hundred kilometers a second. This "encapsulated EMP bullet" would make an idea anti-missile weapon, generating an intense

electromagnetic pulse on impact which would scramble the guidance system and any electronics, as well as causing thermal damage.

"It can be used for a range of purposes from stunning personnel to destroying the functionality of electronically operated devices, smaller rockets, vehicles and packages that represent an immediate threat to the United States," he wrote. "This dial-able PHASER weapon can be set on 'Stun' or dialed down, selecting a non-lethal level for persons needed for later interrogation... One mundane application for law enforcement

would be the disruption of the engine electronics to stop vehicles that would otherwise be the target of a high-speed chase. Dialable versions of the PHASER will be available for use in civilian encounters."

Nothing seems to have resulted after the Phase I contract, so I contacted Koloc to see how his research had progressed. He confirmed that they had successfully formed plasmoids a foot in diameter, but that these could not be made sufficiently stable.

To make it work and overcome the stability problem, they need a device known as a "fast rising parallel plate transmission line." There was not enough funding for this and the company is still trying to raise funds.

"Once the re-engineered formation system becomes operational, we will proceed to form plasmoids of approximately 35 to 45 centimeters in diameter with a stable lifetime of from one to thirty seconds," says Prometheus II Vice President D. M. Cooper. "The plasmoids should be rugged and energetic, and should attain quiescence (thus becoming very stable) within two or three milliseconds of the formation pulse. The plasmoids will be useful for energy applications even if the military applications are not pursued."

So a ball lightning weapon remains tantalizingly out of reach –- or does it? As I noted in a previous article on military ball lightning, the USAF’s Phillips Laboratory examined a very similar concept in 1993. Again, this involved accelerating a donut-shaped mass of plasma to high speed as an anti-missile weapon in a project called Magnetically Accelerated Ring to Achieve Ultra-high Directed Energy and Radiation, or MARAUDER. Based on the Air Force's awesome Shiva Star power system, experiments spat out plasmoids at ultra-high speed that were expected to reach 3,000 kilometers a second by 1995. But nothing was published after 1993, and MARAUDER was classified, disappearing into the black world of secret programs.

Ball lighting is still mysterious 200 years later… and the next time a warship gets struck by weird fireballs they will probably be as baffled as were the sailors aboard the HMS Warren Hastings.