Man in the Iron Mask

An unknown prisoner, of height above the ordinary, young, and of an extremely handsome and noble figure, was conveyed under the greatest secrecy to the castle of the island of Sainte-Marguerite, lying in the Mediterranean, off Provence. On the journey the prisoner wore a mask, the 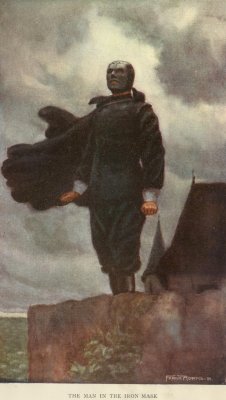 chin-piece of which had steel springs to enable him to eat while still wearing it, and his guards had orders to kill him if he uncovered his face. He remained on the island until an officer of the secret service by name Saint-Mars, warden

of Pignerol [a fortress at the foot of the Alps, now in Italy and called Pinerolo], who was made warden of the Bastille in 1690, went in that year to Sainte-Marguerite, and brought him to the Bastille still wearing his mask. The Marquis de Louvois [Louis' minister of war] visited him on the island before his removal, and remained standing while speaking to him, evidently regarding him with respect. The unknown prisoner was conducted to the Bastille, where he was accommodated as well as was possible in that citadel, being refused nothing that he asked for, ... The unknown man died in 1703 and was buried by night in the parish church of Saint Paul. What is doubly astonishing is that when he was sent to the Island of Sainte-Marguerite no man of any consequence in Europe disappeared. Yet such the prisoner was without doubt, for during the first few days that he was on the island, the governor himself put the dishes on the table and then withdrew, locking the door after him. . . .
M. de Chamillart was the last minister to be acquainted with the strange secret. His son-in-law, the second Marshal La Feuillade, told me that when his father-in-law lay dying, he implored him on his knees to tell him the name of this man, who had been known simply as the man in the iron mask, Chamillart replied that it was a state secret and that he had sworn never to reveal it.
The mystery grew. Historians have asserted variously that the masked prisoner was the illegitimate son of Anne of Austria, queen to Louis XIII, and hence a bastard elder half brother of Louis XIV, the Sun King, or the second-born identical twin of the future Louis XIV, or the count of Vermandois, or the duke of Monmouth, or Francois de Beaufort, or Nicolas Fouquet, or Count Mattioli, or, finally, Eustache Dauger, a valet. And less scholarly writers have spawned a vast literature.
In the early 1890s, the great French cryptologist Commandant Etienne Bazeries joined the crowd of sleuths with a new theory. His was based on cryptology, which had never before been invoked to solve the mystery. It began when a fellow officer who was studying 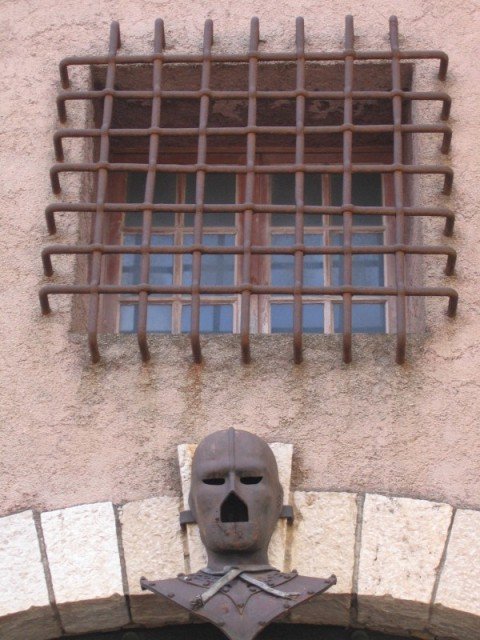 the campaigns of one of Louis XIVs greatest marshals, Nicolas de Catinat, found a number of Catinat's coded messages in the French military archives, He asked Bazeries to solve them. In doing so, Bazeries read a message of Louis to Catinat dated 24 August 1691. It stated that the king was displeased at the raising of the siege of the Italian town of Coni by one of his generals, Vivian Labbé, seigneur de Bulonde (sometimes Bullonde), and directed Catinat that "His Majesty desires that you immediately arrest General Bulonde and cause him to be conducted to the fortress of Pignerol, where he will be locked in a cell under guard at night and permitted to walk on the battlements during the day with a 330 309." Those two codegroups occurred only that one time in the Catinat correspondence, which totaled 11,125 groups. Their solution could therefore not be confirmed by other appearances. But Bazeries verified that Bulonde's 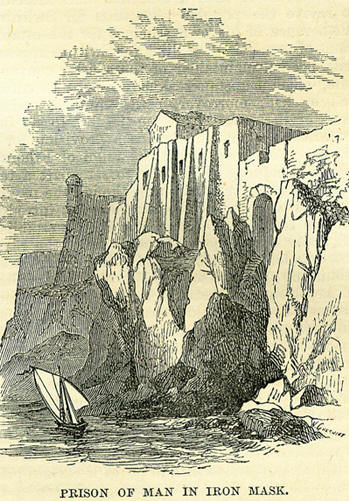 conduct in raising the siege had been cowardly and that he never again held a command in the royal army. He therefore concluded that 330 stood for masque and 309 for a full stop. In 1893, he published Le Masque de fer, declaring that General Bulonde was the man in the Iron Mask.

Other writers criticized it. As Fletcher Pratt put it in his 1939 secret and Urgent, another historian, wishing to disprove other theories before offering his own, demonstrated that Bulonde had been alive and at liberty two years after the death of the mysterious prisoner. And indeed the Dictionnaire de Biographie Française states that, while Louis had ordered Bulonde arrested, jailed at Pignerol and then at the Bastille, he was still alive in 1708. (Louis died in 1715.) But the bibliography of cryptology records no reference to any cryptologist's going back to the original nomenclator to see whether Bazeries's hypothesis stood up.