For scary speculation about the end of civilization in 2012, people usually turn to followers of cryptic Mayan prophecy, not scientists. But that’s exactly what a group of NASA-assembled researchers described in a chilling report issued earlier this year on the destructive potential of solar storms. 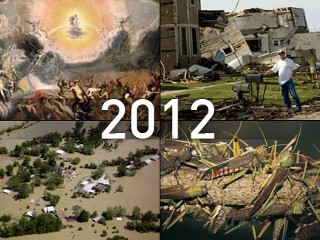 Entitled "Severe Space Weather Events — Understanding Societal and Economic Impacts," it describes the consequences of solar flares unleashing waves of energy that could disrupt Earth’s magnetic field, overwhelming high-voltage transformers with vast electrical currents and short-circuiting energy grids. Such a catastrophe would cost the United States "$1 trillion to $2 trillion in the first year," concluded the panel, and "full recovery could take 4 to 10 years." That would, of course, be just a fraction of global damages.

Worse yet, the next period of intense solar activity is expected in 2012, and coincides with the presence of an unusually large hole in Earth’s geomagnetic shield. But the report received relatively little attention, perhaps because of 2012’s supernatural connotations. Mayan astronomers supposedly predicted that 2012 would mark the calamitous

Whether the Mayans were on to something, or this is all just a chilling coincidence, won’t be known for several years. But according to Lawrence Joseph, author of "Apocalypse 2012: A Scientific Investigation into Civilization’s End," "I’ve been following this topic for almost five years, and it wasn’t until the report came out that this really began to freak me out."

source
Posted by crkota at 7:29 PM

Hi.
We must be reading the same articles on line, and yes it is a frightening tought ,it would take several years to get the grid back on line ,they will probably wait till it's to late to act .
Will.