Between December 1988 and April 1989, the area known as Groom Lake, on the Nellis Air Force Range in central Nevada became unusually popular. The now infamous Area 51 and especially the Groom and Papoose dry lake beds were relatively unknown terms to the mainstream community from the mid 1970's to 1989. The scientific circles knew it as "Dreamland" or as the "Skunkworks" or simply as Groom Lake. One night in May 1989, a reporter broadcast a story from a satellite link in Las Vegas Nevada. A young physicist spoke under hidden identity, and told us of nine alien discs held near Groom Lake by a small, autonomous group of the American government. He used the pseudonym "Dennis" which turned out to be the name of his superior at the base. A few weeks later he went on camera using his real name, Bob Lazar, and he has been the subject of world-wide curiosity, speculation and controversy ever since.

Bob Lazar is the main reason the public is aware of Groom and Papoose Lake today. When he went public in 1989, he ignited a firestorm of interest in Area 51 which burns to this day. As most of you already know, Lazar described how he was flown from Las Vegas to Groom Lake, then taken on a bus with blacked out side windows to a facility he determined was known as S-4.
Lazar claims to have received a short briefing paper about two pages long which essentially stated that extraterrestrial exist, they have been involved in human history and their spacecraft are being housed at S-4
Lazar described the facility as being built into the base of the Papoose Range, with 9 hangar doors sloped at about a 60 degree angle. He said the doors had a sand-like texture coating to them, and Gene Huff later said the doors were rollup type doors. There were 9 of the hangar bays in all.
S-4 is located just southwest of Area 51. Over the mountain range that many speculate is a huge underground base.

Evidence supporting his claims is considerable. In addition to his claiming Naval Intelligence work at S4 (15 miles southwest of Area 51) from late 1988 to early 1989, Robert Lazar claimed to have worked at the Meson Physics lab, a part of the Los Alamos National Laboratories. The 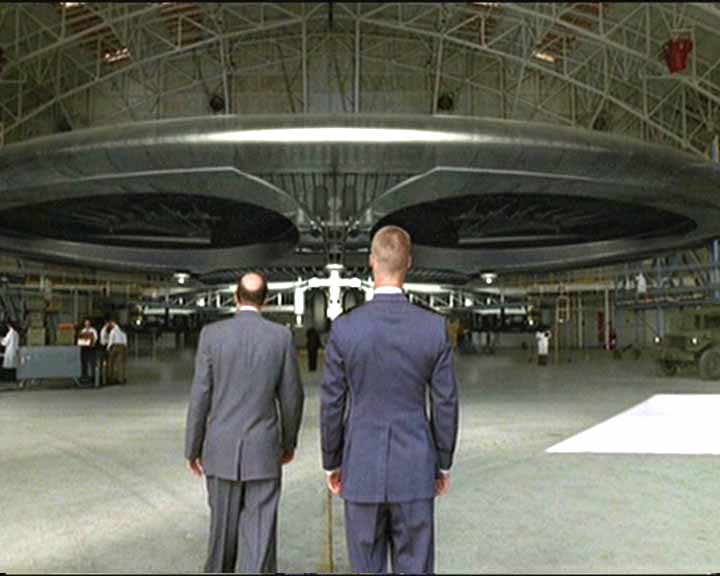 FBI is still dragging its feet in investigating his employment there, even though former Nevada Congressman James Bilbray asked it to investigate over four years ago. Evidently, FBI agents are still scratching their heads, wondering how to both deny his employment at Los Alamos and explain why his name is in an old telephone directory of Los Alamos scientists. An article by staff writer Terry England in the June 27, 1982 edition of the Los Alamos Monitor, which shows a picture of Lazar standing next to a jet car and refers to his employment as a scientist with Los Alamos, is also hard to explain. Two-dozen odd Los Alamos employees told former KLAS-TV anchor George Knapp that they remembered Lazar. Some of them said that they had been warned not to talk about Lazar and that they were afraid to talk about him. Four of them, though, confirmed for Knapp that Lazar had been working on classified projects there. After denying Lazar’s employment there since 1989, Los Alamos in April 1994 finally changed its story and said that he had been employed there. Knapp also talked to former employees of the super-secret Groom Lake base, who corroborated Lazar’s description of such details as how one gets to the base dining room, what the dining room looks like, and how one pays for meals there. It’s extremely unlikely that an outsider would know such information.
Posted by crkota at 11:41 AM

The aircraft hangar in the photo is located at the old Norton AFB in San Bernardino. It is Bay C of the main hangar complex. How do I know? Because I rented half of that hangar in which to construct a high altitude airship. I had spent much time in the rafters on a 100 foot manlift setting up cables to support the airship framework while it was being built. The red conicals seen in the photo were foam units that deployed in case of a hangar fire. We had the entire left side of the hangar (as seen in the photo).

While there, I wondered why the hangar floor had been painted battleship gray. I had never seen that done in a military hangar and NONE of the other 3 hangars had painted floors. I was told that scenes from 'The Aviator' with Leonardo De Caprio had been filmed there. On the outside had been painted a TWA logo.

I asked the tenent next door why the movie makers had gone to the expense of painting the entire hangar floor (50,000+ sqft) and was told that the USAF had used that particular hangar (Bay C) for special aircraft projects. The hangar floor had been painted prior to the movie by the USAF.